by Miss Jaime | Other | 0 comments

A developmental disability significantly affecting verbal and nonverbal communication and social interaction, generally evident before age 3, that adversely affects a child’s educational performance. Other characteristics often associated with autism are engagement in repetitive activities and stereotyped movements, resistance to environmental change or change in daily routines, and unusual responses to sensory experiences. The term does not apply if a child’s educational performance is adversely affected primarily because the child has an emotional disturbance.

A concomitant hearing and visual impairments (both exist), the combination of which causes such severe communication and other developmental and educational needs that they cannot be accommodated in special education programs solely for children with deafness or children with blindness.

A hearing impairment that is so severe that the child is impaired in processing linguistic information through hearing, with or without amplification, that adversely affects a child’s educational performance.

An impairment in hearing, whether permanent or fluctuating, that adversely affects a child’s educational performance but that is NOT included under the definition of
deafness in this section.

A condition exhibiting one or more of the following characteristics over a long period of time AND to a marked degree that adversely affects a child’s educational performance:

i. An inability to learn that cannot be explained by intellectual, sensory, or health factors.

ii. An inability to build or maintain satisfactory interpersonal relationships with peers and teachers.

iii. Inappropriate types of behavior or feelings under normal circumstances.

iv. A general pervasive mood of unhappiness or depression.

v. A tendency to develop physical symptoms or fears associated with personal or school problems.

vi. The term includes schizophrenia. The term does not apply to children who are socially maladjusted unless it is determined that they have an emotional disturbance.

A significantly subaverage general intellectual functioning, existing concurrently with deficits in adaptive behavior and manifested during the developmental period, that adversely affects a child’s educational performance. The term “intellectual disability” was formerly termed “mental retardation.” Also known as a “Cognitive Impairment” or someone with a significantly lower IQ score.

A severe orthopedic impairment that adversely affects a child’s educational performance. The term includes impairments caused by congenital anomaly (e.g., clubfoot, absence of some member, etc.), impairments caused by disease (e.g., poliomyelitis, bone tuberculosis, etc.), and impairments from other causes (e.g., cerebral palsy, amputations, and fractures or burns that cause contractures). The student will typically have documentation of that medical diagnosis from a medical doctor.

Having limited strength, vitality, or alertness, including a heightened alertness to environmental stimuli, that results in limited alertness with respect to the educational
environment, that:

i. Is due to chronic or acute health problems such as asthma, attention deficit disorder or attention deficit hyperactivity disorder, diabetes, epilepsy, a heart condition, hemophilia, lead poisoning, leukemia, nephritis, rheumatic fever, and sickle cell anemia; AND
ii. Adversely affects a child’s educational performance. The student will typically have documentation of that medical diagnosis from a medical doctor.

10. Specific Learning Disability (SLD)*
A disorder in one or more of the basic psychological processes involved in understanding or in using language, spoken or written, that may manifest itself in an imperfect ability to listen, think, speak, read, write, spell, or to do mathematical calculations, including conditions such as perceptual disabilities, brain injury, minimal brain dysfunction, dyslexia, and developmental aphasia.

i. Disorders not included. The term does not include learning problems that are primarily the result of visual, hearing, or motor disabilities, of mental retardation, of  emotional disturbance, or of environmental, cultural, or economic disadvantage.

*This category is amongst the most diverse amongst States and their qualifying guidelines. It can even vary within each district in that State, therefore, the most confusing and inconsistent since in one State a student can have a learning disability, but not in another State according to their guidelines. It includes: dyslexia, dyscalculia, etc.)

A communication disorder, such as stuttering, impaired articulation, a language impairment, or a voice impairment, that adversely affects a child’s educational performance. This is a categorical disability it can be also known as a “speech-only” or “Artic disorder” and usually only involves and Speech-Language Therapist.

An acquired injury to the brain caused by an external physical force, resulting in total or partial functional disability or psychosocial impairment, or both, that adversely affects a child’s educational performance. The term applies to open or closed head injuries resulting in impairments in one or more areas, such as cognition; language; memory; attention; reasoning; abstract thinking; judgment; problem-solving; sensory, perceptual, and motor abilities; psychosocial behavior; physical functions; information processing; and speech. The term does not apply to brain injuries that are congenital or degenerative, or to brain injuries induced by birth trauma.

13. Visual Impairment (VI)
a. including blindness means an impairment in vision that, even with correction, adversely affects a child’s educational performance. The term includes both partial sight and blindness. 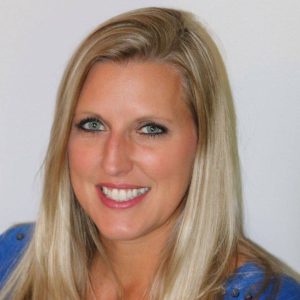 Stephanie Mahal recently joined the Miss Jaime OT team. She is an Occupational Therapist who specializes in supporting students in K -8th grade who have physical, neurological, sensory, mental, and emotional conditions that impact their ability to access their education and community.  She has over ten years of experience in both school and medical settings and currently works in the public school district south of the Twins Cities in Minnesota Low Incident Project School-Based OT and PT Community of Practice. She received her Master’s in Occupational Therapy at the University of Minnesota-Twin Cities and completed her fieldwork at the Mayo Clinic in Rochester, MN. Stephanie is honored to serve her students, staff, and fellow Occupational Therapists by using her skills, passion for accessibility and inclusiveness, while creating that ‘just right challenge’ to be successful in all areas of life.  When not at work, Stephanie and her husband John, spend their time cheering on her middle-school-aged son and daughter at all their sporting events and activities!